2. Which fund is the best to save in? 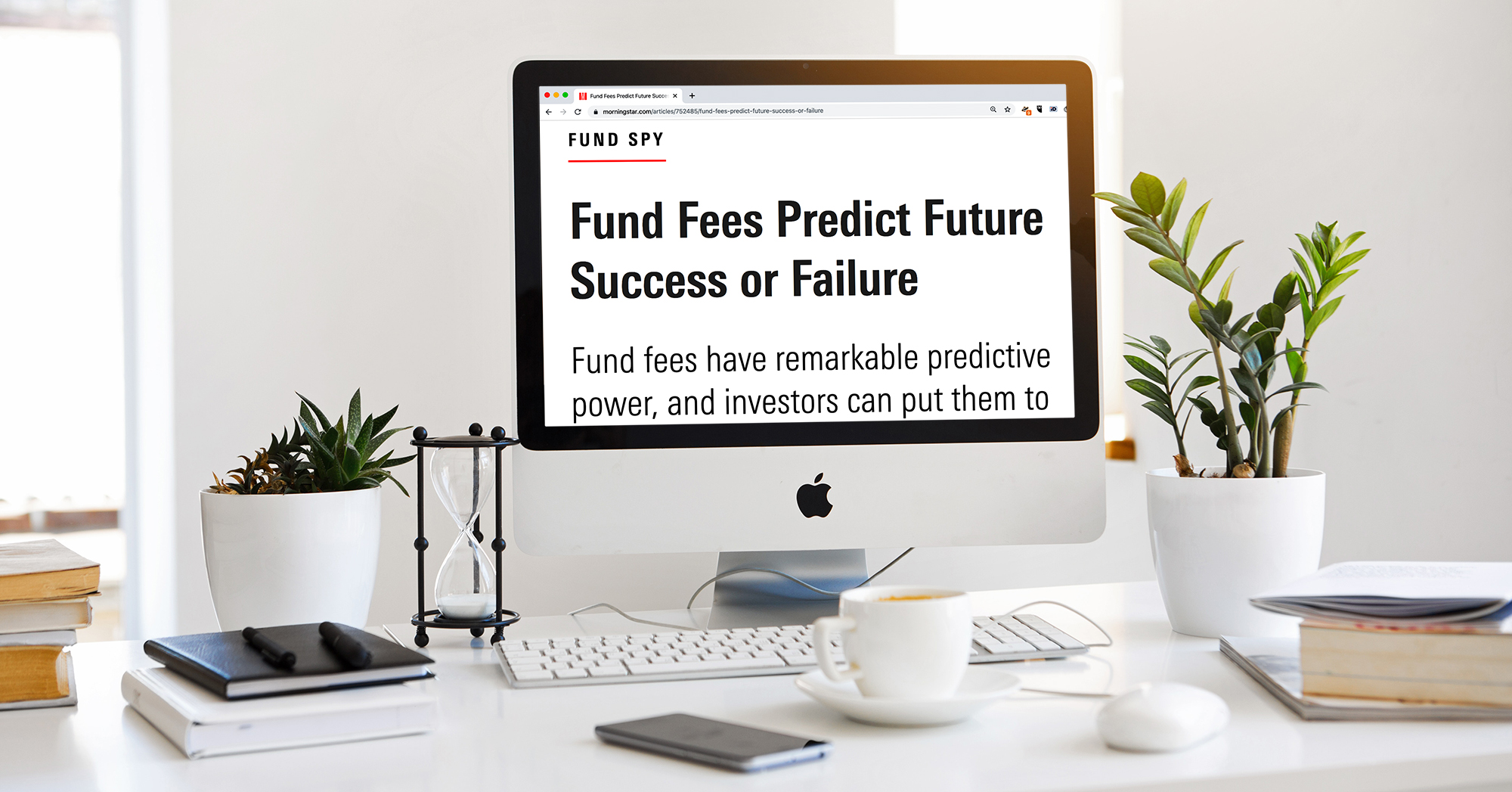 Warren Buffett has said that it doesn’t really take much to succeed in investing. You only have to do a very few things right, so long as you don’t do too many things wrong.

In the first chapter about Laura, age 25, I gave you a few ideas about what you can do in less than a quarter of an hour.

Now you have just over a fifth of your income invested. Laura, who earns 1,900 euros a month before taxes, can collect one million euros this way. If your salary is half of Laura’s, you can expect to save about half a million. If you earn more, you can save more.

Now let’s look at the most common mistake to avoid:

Don’t pay too much in fees!

Not all pension funds are equally good. In the first chapter, I assumed that Laura would choose a pension fund whose return goes hand in hand with the historical average of the world’s stock markets. The majority of Estonian pension funds have performed much worse.

Don’t leave your second-pillar money where the bank teller or mall salesperson told you to take it.

The history of the world’s securities markets shows that low-cost index funds outperform the vast majority of actively managed funds.

Investors around the world spend a lot of energy looking for the most profitable idea. Like our banks’ pension funds, they usually have to accept lower returns than a simple index fund, and their main achievement is higher costs. In an actively managed fund, you pay these costs.

It is obvious that the more you pay in fees, the less remains in your account. Most people still underestimate the impact of fees.

Laura has a friend called Siim. 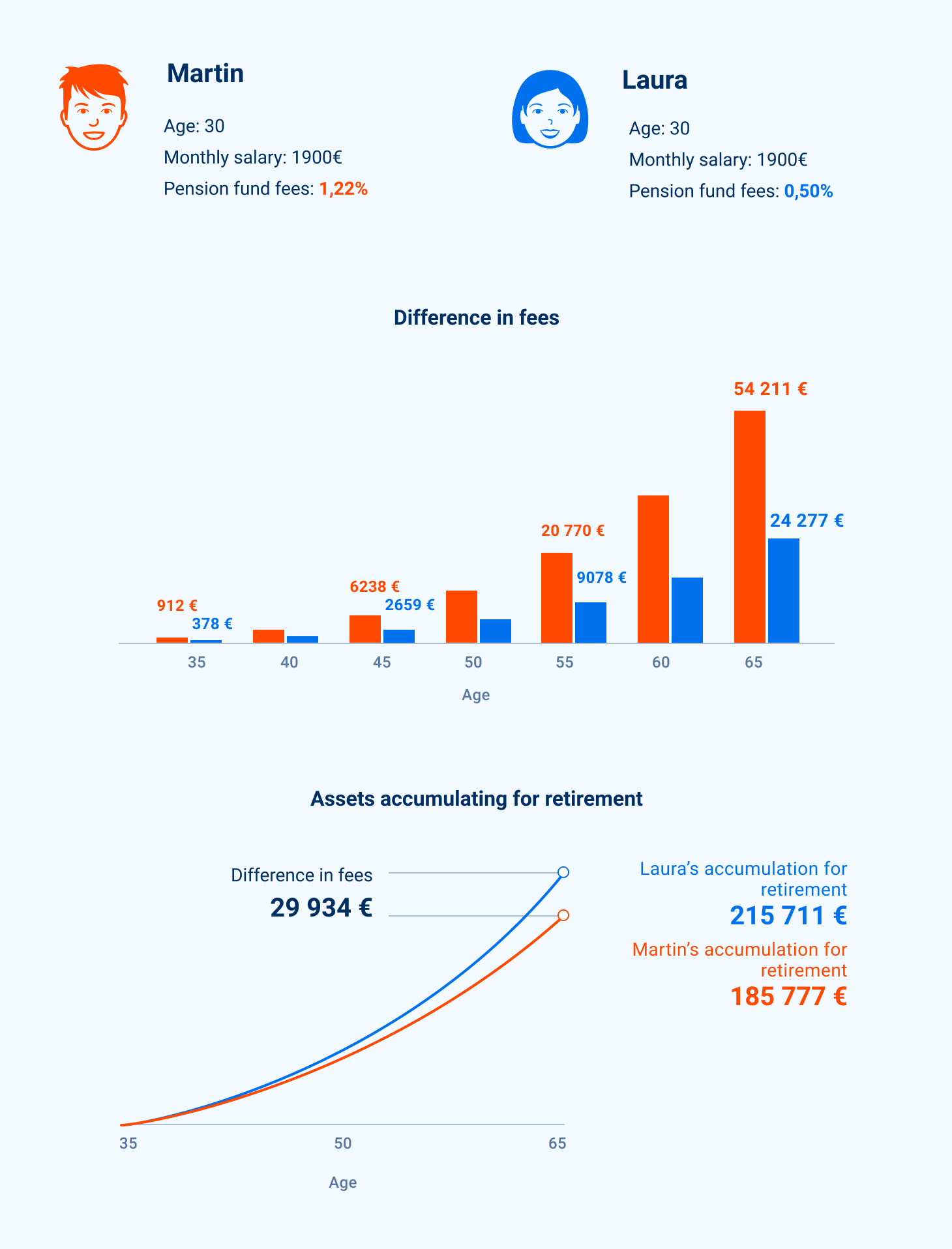 The seemingly minor difference in fees means that by the time Laura reaches a saving of one million, Siim will have collected only 800,000 euros. By paying one and a half per cent a year to intermediaries instead of half a per cent, Siim will spend a total of 200,000 euros more on fees over the years!

In the examples of Laura and Siim, the other assumptions are the same: their salaries grow by about 3% a year, and the average yield on world stock markets is 5.5% a year.

What is clear is that no one can tell you how the world economy will do during your lifetime. Maybe the listed companies will gain less value, maybe more.

On the other hand, intermediaries’ fees are a sure thing: they must be paid routinely year after year. Fees reduce your earnings in any case.

Don’t make the mistake of leaving your second pillar money where the bank teller or mall salesperson told you to take it.

Don’t look for the best choice, but rule out the bad ones

There is no need to overthink.
Finding the one fund that will definitely perform the best over your lifetime is a game of chance.

As evident from data analysis, any particular fund’s good performance in the past does not guarantee continued success in the future. It’s like flipping a coin: it can land on heads ten times in a row, but the result of the next toss is still a coincidence, not the rule.

The impact of costs, on the other hand, is confirmed by statistics to be consistent. The higher the fund’s fees, the lower the expected return for the investor. And vice versa, a low-cost fund is likely to earn you a better return in the long run.

Therefore, I don’t have a formula for choosing the best pension fund of all. Don’t believe anyone who claims to have one.

Fortunately, avoiding a bad choice is easy: make sure you regularly save in both the second and third pillars in a fair, low-cost index fund.

Learn how we save for the future in Tuleva. Read the terms and conditions of our pension fund, ask an expert for advice (tuleva@tuleva.ee or 644 5100) and fix your second pillar today!