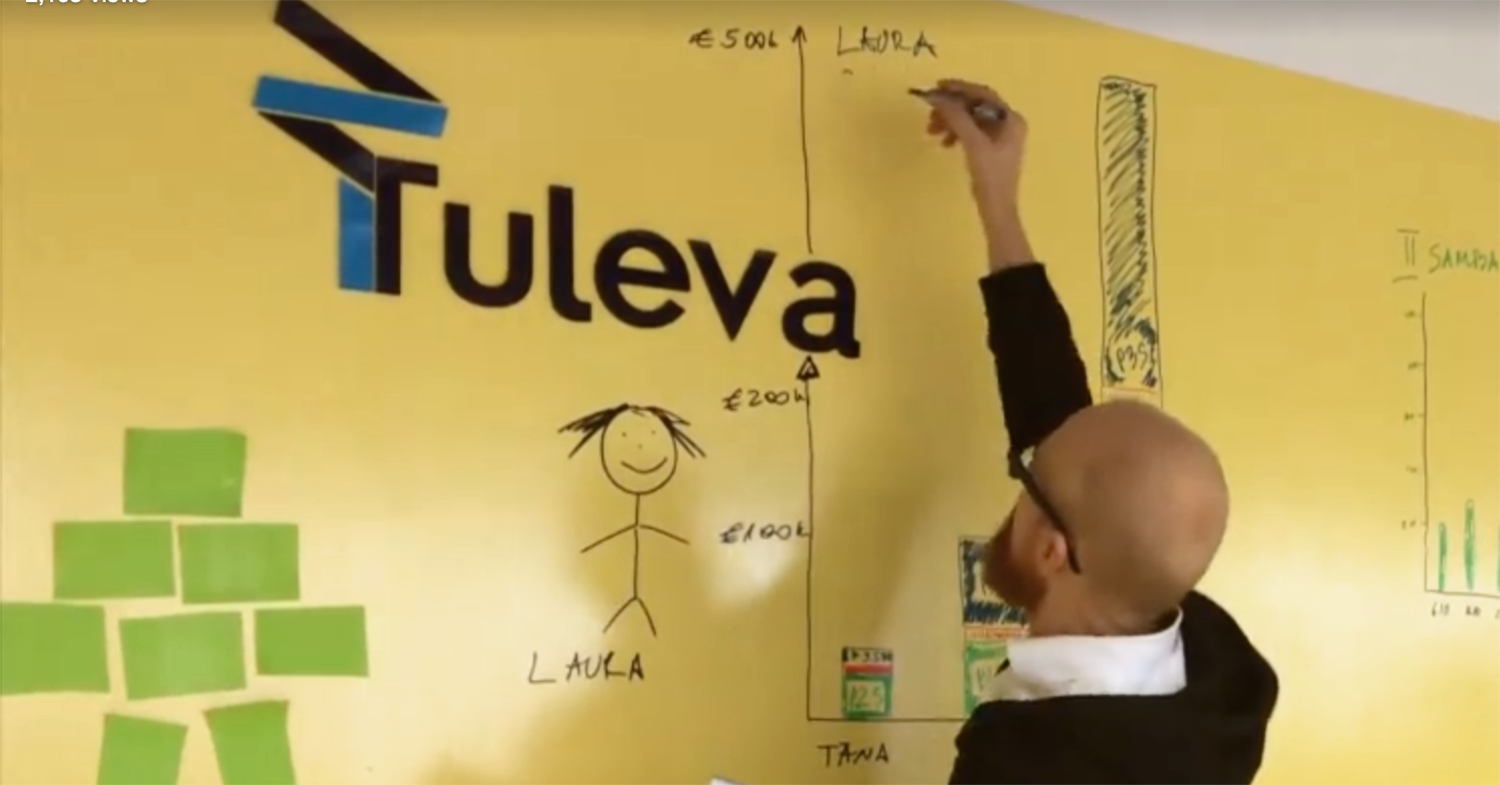 In the first chapter of the Laura’s Journey to Wealth article series, I described how 25-year-old Laura can use the second and third pension pillars to save a million by her 67th birthday. I have received some thought-provoking feedback.

A lot of feedback came from people who were happy to realise from Laura’s example that building a strong foundation for their personal investment portfolio was much easier than they had imagined.

In others, Laura’s example raised a number of objections and questions. Before moving on to the next chapters, I will write down the thoughts I had concerning these.

1. Does Laura only think about money and have no life at all?

If you want to accumulate capital, you need to know the meaning of things like discount rate, P/E ratio, ROE and ETF in your sleep. If you are tempted to eat an avocado sandwich in a café, you will immediately calculate that it is wiser to lend out the same money in a crowdfunding environment. Forget about reading fiction, there’s another investment handbook you have to go through.

I would not be surprised if the admonitions of financial literacy advocates started to exhaust you. The banker is not expected to know the history of art, but the art historian should apparently be able to compare the investment strategies of different pension funds. That’s a basic financial competence, isn’t it?

Personally, I think it’s a great waste to consider it normal, for example, that doctors read the annual reports of listed companies instead of medical journals.

The Laura’s Journey to Wealth model doesn’t require you to think about money every day.

Laura agrees. Investing is not a passion or a hobby for her – she has other things in her life that matter. That’s why she chose a very simple way. About a fifth of Laura’s salary goes to the second and third pillar pension funds every month – for this money, she gets shares in companies that drive the world economy. Laura knows that, so far, the stock markets have successfully grown the wealth of shareholders in the long run. She understands that no one knows for sure whether this will be the case in the future. As the economy grows, so does Laura’s wealth. There are sure to be stock market crashes and recessions during Laura’s lifetime. Some companies will go bankrupt, and others will grow faster than expected. Laura doesn’t even notice these tremors because her attention is focused on what really interests her in life.

The Laura’s Journey to Wealth model doesn’t require you to think about money every day. If you start early enough, there is no need to panic later about how you could quickly save a fortune for retirement.

2. Only people without a family can set aside a fifth of their salary.

Laura “sacrifices” 258 euros every month for her future and has 1262 euros left. Many Estonian families cope with much less. In Finland, the average person sets aside almost 25% of their income for retirement. And in Asian countries, where the average income is usually lower than ours, people save an average of 40% of their income throughout their lifetime.

It’s true that life tends to give us all sorts of excuses and reasons to postpone saving. Spending on children is one such reason.

I have no miraculous alternatives to offer. Here are some suggestions:

That’s true. In our example, Laura earns about as much as the average Tuleva Association member. Tuleva is not a club for the rich: many of our members earn much less, others earn more. What unites us is our desire to set aside money and invest it so that the income earned in the markets does not disappear into the pockets of intermediaries.

We could have used a different example. A person earning half of Laura’s salary could set aside a fifth and save half a million. If that person saves only in the second pillar, they could collect almost 150,000 euros by their 67th birthday, other conditions remaining the same.

These calculations do not change the fact that many people in Estonia are unable to save at all. And even if they were, the saved amount would be too small to guarantee a good life in retirement, even if set aside regularly. I don’t feel that I have the right to teach a person receiving a minimum wage how they should save today in the name of their future.

If I knew how to get rich quicker by saving less, I wouldn’t be talking about Laura’s model. But I don’t.

By the way, it’s no coincidence that it is the poorer people who are more likely to fall victim to scams. A desperate person often turns to gambling, as the lottery is the only way to make a million with one euro. This is a particularly good way to get rid of your money altogether.

Here is where we as a society should all look in the mirror. Personally, I think that the first pension pillar could be more solidary. In my opinion, it is unreasonable that the state will pay me, a person who has worked in the financial sector, a higher pension from the tax money than it pays to a caregiver or a librarian.

4. How much will that million be worth in 40 years?

It’s hard to say. Most likely less than today.

If inflation did not reduce the actual value of money over time, I would collect under the mattress – it would be good to be able to check if my money is still there and hasn’t vanished in the abstract space of financial markets. But it’s under the mattress that the purchasing power of money really disappears …

The average growth of stock markets has greatly exceeded inflation over the past hundred years, meaning that the purchasing power of shareholders’ assets has grown over time. As Tuleva savers, that is why we accept the turbulence in the markets, which is reflected as both pluses and minuses in our accounts over time. We still set aside a part of our salaries every month and buy more shares in the world’s leading companies.

5. An elderly person needs the care of their loved ones more than money.

I don’t know if people who love to emphasise this have the experience of taking care of a family member. Thousands of people in Estonia spend so much time and energy on this that having a job becomes impossible. If the day is spent lifting, feeding and washing a family member, cleaning up after accidents, doing chores and worrying about how to find money for medicines and the electricity bill, then there is little energy left for hugging, talking and loving.

As a citizen, I support the view that caring must also be expressed in the choices we make when compiling the state budget.

As a future senior, I prefer to make sure that I have some money in my own bank account, which will make things a little easier in case my health fails.

In Tuleva, we make sure that people who think about their future today are well-placed to get the most out of every euro saved with a minimum amount of time spent. We don’t have a foolproof miracle method for this. But Laura’s model is pretty good.