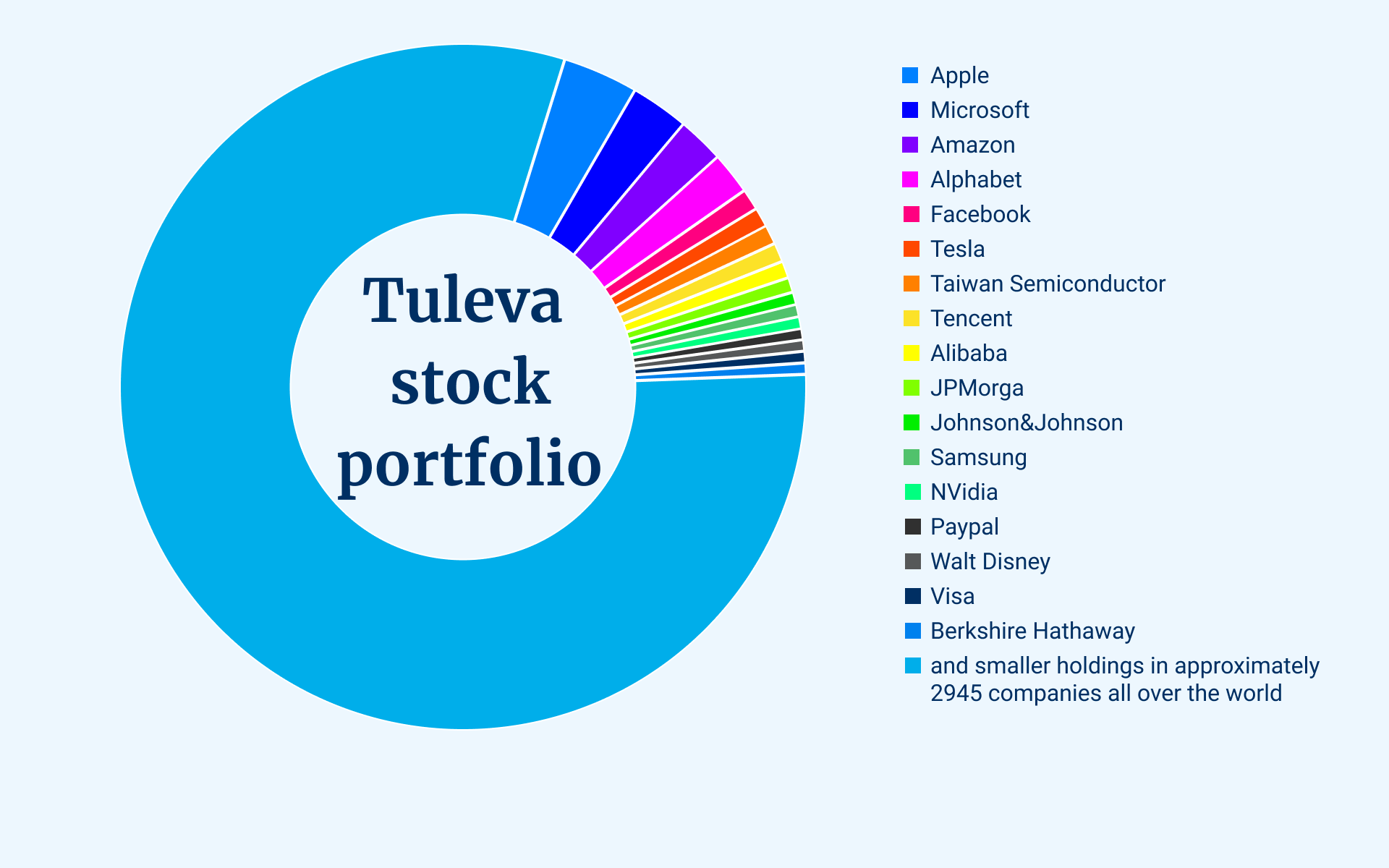 There are two types of investors. Those who buy stocks for a long term to take part in the companies’ growing profits. And others that buy and sell often, hoping to take advantage of temporary market deviations.

Tuleva has chosen the first path – our joint pension fund is a passive, consistent investor with a long-term outlook.

Banks’ old funds are of the second type – they catch fleeting moments by active trading and try to discover undervalued stocks. This is very difficult – so far, Estonian fund managers have not managed to outwit the market. LHV and Nordea funds have performed slightly better than those of Swedbank and SEB, but the growth of Estonian people’s assets in all of them has been below the world average since the launch of the second pension pillar.

That’s why Tuleva members decided to use a different approach to ensure long-term growth. Let’s take a closer look at what makes our joint pension fund different.

What does a Tuleva pension fund do?

Most Tuleva members invest their second pillar savings in the Tuleva World Stocks Pension Fund and their third pillar in Tuleva III Pillar Pension Fund. By saving in this way, we simply take a piece of our salaries every month and increase our stake in the world’s largest companies (1). Then we wait and let economic growth do its job. As companies grow, they make more profits and pay more dividends. That’s it.

We gradually increase our stake in all the world’s largest listed companies. Today (19 February 2021), as savers in Tuleva pension funds, we already have:

We also have smaller holdings in 2,945 other companies with a total value of €184 million. All this together makes up 85% of our funds’ assets.

As the law did not allow us to invest more in stocks, we invested about a quarter of the money very conservatively in governments until the end of 2019. We bought U.S., Japanese, French, Italian, German and 16 other countries’ government bonds. From the beginning of 2020, we will no longer buy bonds and will gradually replace bonds with stocks over three years.

Next month, we will buy more stocks. And again the next month. And so on all the time.

Why do we gradually buy stocks of all the largest companies in the world?

Because we want to partake in the profits of companies that drive the world economy today and in the future.
Only in this way can we be sure that our wealth will grow with the world economy and will not depend on the well-being of any single region or economic sector. The more diversified the portfolio, the lower the risk.

In the words of Jack Bogle, founder of Vanguard Index Funds, which has brought wealth to millions of people through passive investment: “Don’t look for the needle in the haystack. Just buy the haystack!”

This does not mean that the market value of our assets will always go up. Stock markets are cyclical – a fall follows a rise and a rise follows a fall. Temporary euphoria in the markets, storms lasting weeks or months, or even years of depressions are of little importance to us. After all, our goal is to consistently set aside as much as possible by the time we reach retirement age. The fluctuations in the meantime do not interest us.

What if the economy crashes?

When the world economy is in recession and stock prices fall, the market value of companies and, with it, the value of owners’ assets, including ours, will decline. It’s not pleasant, but all you need is perseverance to stay on course.

Because, as the economy grows and prices rise again, our assets will rise too.

In the history of securities markets, stocks have always brought good returns to those investors who haven’t panicked in bad times but have had the patience to wait for good times. This is easy to do with the pension pillar, as there is no need to sell your investments before you reach retirement age.

How much return can I expect in Tuleva?

In Tuleva, we assume that the future of the world economy is unpredictable. Tuleva fund manager Tõnu Pekk cannot promise anyone that our assets will definitely grow 5% or 10% a year or exceed the growth of any other pension fund. True, bank fund managers haven’t had much luck trading so far, but maybe they will in the future?

However, unlike the banks’ old funds, we can be sure in Tuleva that the growth of our assets will never lag far behind the average of world markets. Therefore, we invest in the growth of the world’s companies and not in a speculative hope that our fund manager will, again and again, predict events that take other investors in the world by surprise.

More than 50,000 wakeful Estonian people are already saving in Tuleva. Join us if you like our investment philosophy.

Why is my second pillar in Tuleva World Stocks Pension Fund?
“First, Tuleva belongs to pension savers themselves. Second, I think that when investing with a longer-than-ten-year horizon, an index fund of mostly stocks is the best choice. I can’t guess how a particular company or industry will develop. But I am sure that at least the Asian and African economies will grow and central banks will print more money. If you believe the same, Tuleva is the best place to save for retirement.”